Locally Owned and Operated
Since 1998

These guys are awesome and did an amazing job! 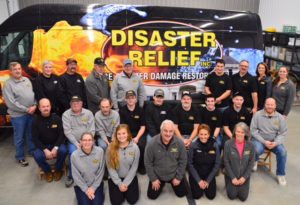 Proudly serving Angola, NY. Disaster Relief is an Angola water damage company that brings relief to your home or business when you need it most. We offer reliable and professional water damage cleanup and repair services for properties throughout Angola, NY and the surrounding areas.

Our water damage restoration specialists will be with you through every part of the process including the water extraction, water restoration, and many other water removal services that are fitted to your situation. We use all available water mitigation services to give you the best residential or commercial property restoration. 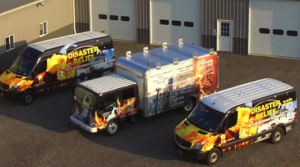 Flooded basements and crawlspaces often are more difficult to clean up than standard rooms. A broken or frozen pipe will always cause standing water in your home. All basements are prone to flooding and there can be several causes behind the water in your basement such as plumbing leaks, leaky basement windows, or a leaky foundation. Hidden moisture can lead to mold and mildew that can invade and ruin your stored contents and valuables. Basements are especially vulnerable to frozen and broken pipes as they are often out in the open and in harsher temperatures – hot or cold. We will detect and remove the water in your basement quickly, safely, and completely. If you have basement water damage then call us immediately.

When you need emergency water removal, we make it our mission to check your home from top to bottom to make sure that all excess water and moisture is eliminated. No matter if you had large-loss from sudden storm damage, or have some broken pipe water damage or even just leaky pipe water damage, you’ll most likely need home water damage restoration. Our water damage Angola NY specialists will detect and remove the water in your basement quickly, safely, and completely. If you have basement water damage then call us immediately. 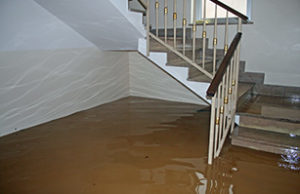 Disaster Relief is the #1 choice for when you need sewage cleanup. Sewage damage can contain high amounts of harmful bacteria and there are serious health risks associated with it. A problem with your sewer system can cause critical problems. In addition to the foul stench, other problems such as fungi, viruses, and other pathogens can create serious health hazards. If sewage remains untreated, it will cause major structural damage which can make repairs extraordinarily expensive.

It’s important that you do not try to clean up a mess from broken pipes that are connected to a sewage line. Coming in contact with raw sewage can cause disease, can destroy your valuables and cause severe damage to your home or business. Only trained professionals with the right equipment should handle sewage removal. Our team of certified and professional experts have years of experience resolving a multitude of sewage backup cleanup and repair problems.

Your Choice in Flood Damage Recovery

When dealing with water damage repair, safety is always our primary concern. There are many hazards associated with water damage restoration, including electrical hazards, unstable footing, structural damage, and contamination of the water by chemicals and biological agents. We have the safety equipment, IICRC training, and certification necessary to ensure that we can handle water cleanup and removal safely.

Fires and floods are not something you usually think about until they happen to you. If your property has been affected by a disaster, whether it be from broken or leaky pipes, frozen pipes, sink overflow, toilet overflow, bathtub overflow, refrigerator, washing machine, water heater, or dishwasher overflow, air conditioner leaks, sump pump failure, or hardwood floor water damage, turn to the restoration professionals at Disaster Relief. Remember, it’s YOUR house and property that’s been damaged–you have a CHOICE as to which disaster recovery service is the right fit.

Contact Us for All Your Water Damage Restoration Needs

Our emergency water damage services are available 24 hours a day, 7 days a week to best serve all our customers. We service residential and commercial water damage and flood damage Angola victims, so no matter the damage, we’ve got you covered. Call Disaster Relief today to schedule your service!

Around 1854, a post office was established there, bearing the name “Angola”. The first postmaster was John H. Andrus, who later became county clerk. The new name was apparently chosen because, at that time, local residents were supporting missionary efforts in the Portuguese colony of Angola in Africa. The economy of the village improved with the arrival of a railroad line in 1852. The Village of Angola was incorporated in 1873.

Today, Angola is some to attractions such as the Angola Public Library.

We provide services to Angola NY, including 14006.

Our emergency restoration services are available 24 hours a day, 7 days a week.

We offer reliable and professional damage cleanup and repair services.

Our goal is to get you back in your home as quickly as possible!